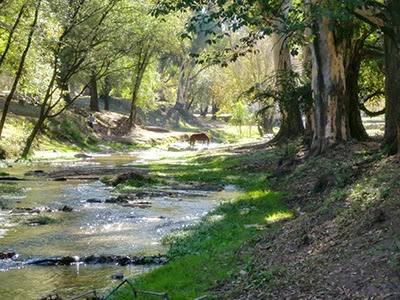 Alta Gracia is a picturesque little town a short way from the city of Cordoba. We made it to Alta Gracia and back to Cordoba easily in a day.

There are two main tourist draws for Alta Gracia. One is a well preserved but defunct Jesuit ranch and the other is a home where Che lived that has been turned into a small museum about the great man.

You arrive at a small bus station and have to walk through a shady forest with a small river running through it. Here we found horses tethered. We stayed here to enjoy a pack lunch. We spotted plenty of birds and were surprised by the general quietness of the area. 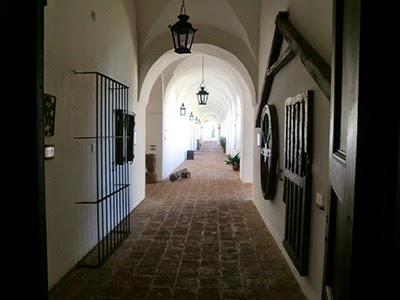 The Jesuit Block and Estancias of Córdoba were named World Heritage site in 2000. In front of the museum is a pretty man-made lake. The buildings were owned by the Jesuits as well as others and the museum reflects the multiple uses of the area. It makes for an interesting 40 minutes paying to enter the museum.

The Che Guevara museum is a small building a little from the centre of Alta Gracia. It is in walking distance of the Estancias. We had to ask for directions to find it. It was cheap to get in. They have plenty of memorabilia from the revolutionary. You learn plenty about the man from a visit. He lived here as a child because his asthma was made worse by the bad air of Rosario. 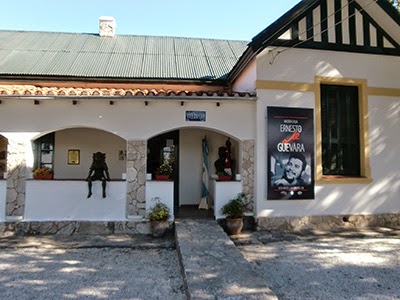 Cordoba is a big and bustling city. A visit to Alta Gracia is a pleasant retreat to the countryside as well as a chance to see a World Heritage Site and find out about one of Argentina’s most famous and controversial sons.
Posted by OPen MInd at 12:54 No comments:

I thought it would be useful for readers of the blog to write a few notes giving travel advice for Argentina. One of the best ways to travel safely and to enjoy your holiday is to have some understanding of the travel scene in a country. Naturally, after you have been in a country for a few days you get to chat with other travellers who give you helpful tips.


Argentina is one of the safest countries in South America and one of the easiest to travel around independently. However, it is always a good idea to follow simple guidelines to avoid bad situations. 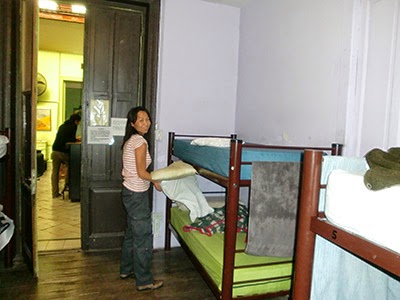 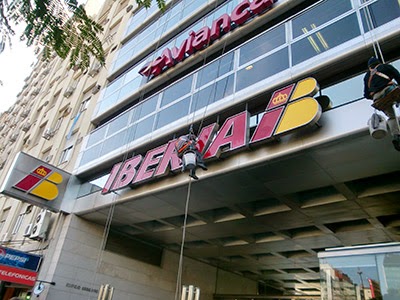 
There is plenty more I could write, but I leave it for further blog entries. Keep your wits about you, but enjoy the wonderful experience of Argentine culture and its people. 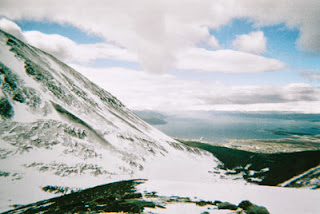 Ushuaia is the southern-most city in Argentina and is normally recognized as the southern-most city in the world. Unless you fly, it takes a long time to get to Ushuaia. We took a bus from Buenos Aires stopping off at Puerto Madryn to go whale watching off Peninsula Valdes, and at El Calafate to see the Moreno Glacier. It takes 1 day to get to Puerto Madryn, another day and a half to get to El Calafate and another 48 hours to get to Ushuaia.

After days on a bus you really feel like you have arrived at the end of the world. Buses aren’t cheap in Argentina if you cover long distances. We took the plane back from Ushuaia to Buenos Aires and discovered there was very little difference in price. Although we arrived in Ushuaia in November (summer in the Southern Hemisphere), it felt like cold spring weather. When the sun shone it was bright and warm. At night it got really cold. The temperature in the day was about 12 degrees. It seems odd that the area should be called ‘land of fire’ or Tierra del Fuego when it is so cold.

The centre of Ushuaia is next to the port. Many of the shops are on a couple of roads running parallel to the port and on hill roads running adjacent to the water, connecting the main roads. There is a museum charting the history of the area, especially the indigenous Yamana Indians who were treated as curiosities and slaves by the colonizers. Jemmy Button was taken away to England by Charles Darwin to be ‘civilized’.

If you have money you can take a boat cruise out of the harbour to see the southern sea. If you have lots of money and some time to arrange matters you can get on a cruise ship going to Antarctica. This is perhaps the most famous thing about Ushuaia for many travellers.

We walked up to the edge of Glacier Martial. It is about 5 km from the town centre. The hill was still covered in snow and a few people were skiing, but the skiing season had finished. We couldn’t see the glacier as it was covered in snow; but, it was a fun day out.

We did a bit of walking in the area, but really the main draw of Ushuaia seemed for us to be the fact that it was at the bottom of the world: a place can symbolize more than it can entertain or divert some times.
Posted by OPen MInd at 03:50 No comments: